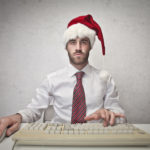 Christmas at Work and in the Office: A Survival Guide

Home » Blog » Tips » Christmas at Work and in the Office: A Survival Guide

Caution: This Survival Guide to Christmas at Work Has Been Written In the Best Spirit of “Bah Humbug” and Grumpy Festive Cynicism

But there are pitfalls. And there are hazards. If only somebody would write a guide on how to survive Christmas at work…

How to Survive Christmas In the Workplace

Let’s start with the big one. Secret Santa. At some stage in the first week of December the conversations will start, and people will be asking each other, “Are we even doing Secret Santa this year?” often followed closely by “Oh God, I hope not.”

Thankfully Jennifer and Sandra from HR have made the decision for you, and they think it’s a brilliant idea. Yes, you’ll all be taking part this year, and you’ll jolly well enjoy it too.

When you inevitably get roped into participating in Secret Santa the goal is always to source a token gift that looks like you’ve given it way more thought than you actually have. Honestly, how are you expected to know what Susan is into these days, or what makes Nathan laugh that isn’t horrifically inappropriate for the workplace?

True story: one year I got a £1 scratch card. That was the worst of the bunch that year. The best of the bunch was a little velcro hat that some poor soul would have to wear whilst people would throw little velcro balls at and they would stick to it, creating much hilarity and many jokes about balls.

Best to play it safe. Go for neutral, non-offensive gifts that cost around 90% of the agreed spend amount. Unless you know them well, don’t aim for something that you think fits their personality, or will trigger some hilarious response.

When did this come about? I don’t remember this being a thing before. In the last couple of years some ironic trend has come about saying that Christmas jumpers – rubbish as they are – are really really in. And somebody thought it would be hilarious to organise a day for everybody to wear one, and pay a couple of quid for the pleasure of doing so.

There will be a few horrid colleagues about the workplace who are simply enjoying it far too much. Their jumpers have little flashing lights on them, or make some strange noises, or have bells on and jingle loudly about every time they so much as think about using the hole punch.

The only advice I can give you here is to keep your head down, grin, and just bear it. It’ll be over soon. If you don’t have a Christmas jumper and have to go and buy one just for this nightmare, then choose an inexpensive, light-material that won’t see you melt to your swivel chair when the heating’s on full whack.

It’s not Christmas at work until somebody gets out the tiny tree and places it next to the fax machine. That’s the bare minimum required to clearly state that you are all In The Christmas Spirit. Some people will also want to put up tinsel and some lights. Okay, it’s teetering a bit close to the edge of tolerance but we can get over it. It’s a time for forgiving, after all.

But one or two wretched degenerates will insist on lining all the desks and chairs with fake snow, hanging mistletoe over the printer and making everybody wear tinsel as a scarf. The trick here is to knuckle them sharply on the nose and say – clearly and firmly – NO. NO. BAD.

It’s like mumbling about what you did on the weekend, but on a larger scale. Everybody’s going to ask you what you’re getting up to during the festive period, and you have to tell them that either a) you’re going to Sittingbourne to see your family, b) everybody’s coming down from Sittingbourne and you’re making Christmas dinner, or c) you’re going to close the curtains and avoid people until this all blows over.

The truth is, you can get through this conversation very easily because they don’t really want to know what you’re up to – they want to tell you what they’re up to. They might not even be listening to your answer anyway, so tell them that you’re spending Christmas day dressed as a pirate and then let them have their turn.

During this phase you can just go over your favourite scenes from Titanic in your head until the other person looks like they’ve stopped talking. Follow up with a quick “that’s nice” and walk away. Just walk away.

Mmm. Cake. There’s always room for cake. At this time of year various work associates will be bringing in various cakes, and it. Will. Be. Glorious.

But there are rules. Strange, unspoken rules that as good honest Brits we don’t really like to address directly. For example, nobody wants to be the first one to take a piece. Honestly, you have to show some restraint, you animal.

Also you don’t want to be caught out guzzling down a hefty slice only to have Karen from compliance walk in on you, knowing full well that you’ve already had two pieces that morning.

Finally, it’s absolutely unthinkable that you should be the one who takes the last slice. That’s just not done, in any circumstances.

My advice? Dig in. Fill your boots. Get involved, and make a shameful mess of yourself. It’s Christmas, and you deserve to be happy.

There’s a pretty big social divide when it comes to Christmas music. Some hate it deep within their souls, most people can put up with it to a certain extent, and then there are those who start listening to it in November and take it right the way through until Christmas Day itself. Unfortunately, these people are usually the ones in charge of the radio.

If you find yourself going nuts from too much Wham! and Noddy Holder, you do have options.

Don’t. Just don’t. Do yourself a favour and politely decline. No good can come of this. It did not go well for John McClane.

But if you do, just remember. People are watching. Your boss is watching. And it’s no longer acceptable or funny to hang mistletoe from your belt. 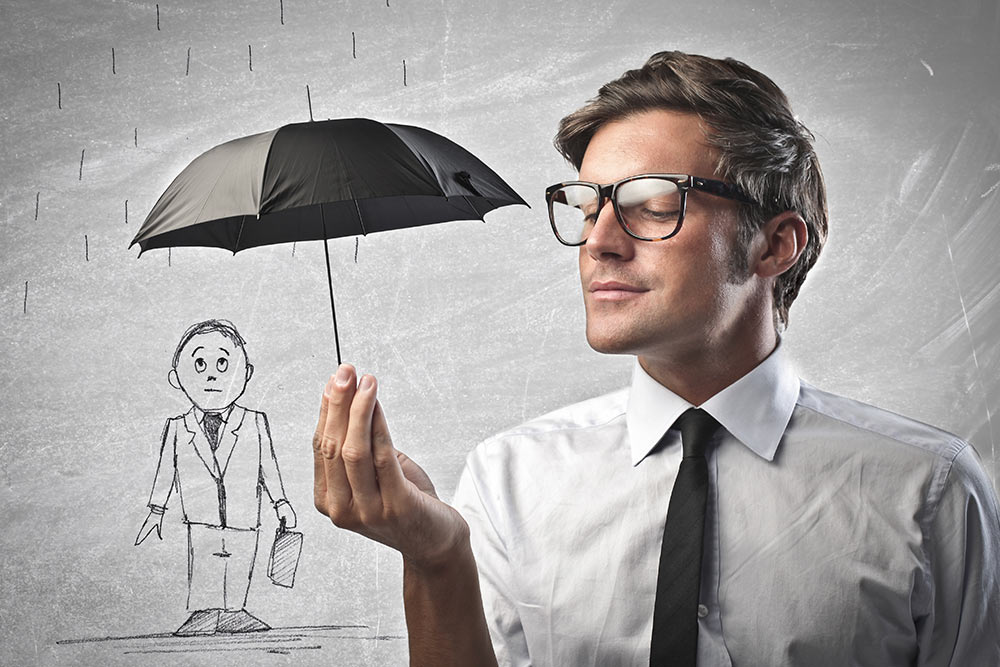 Why Good Business IT Support Is Essential 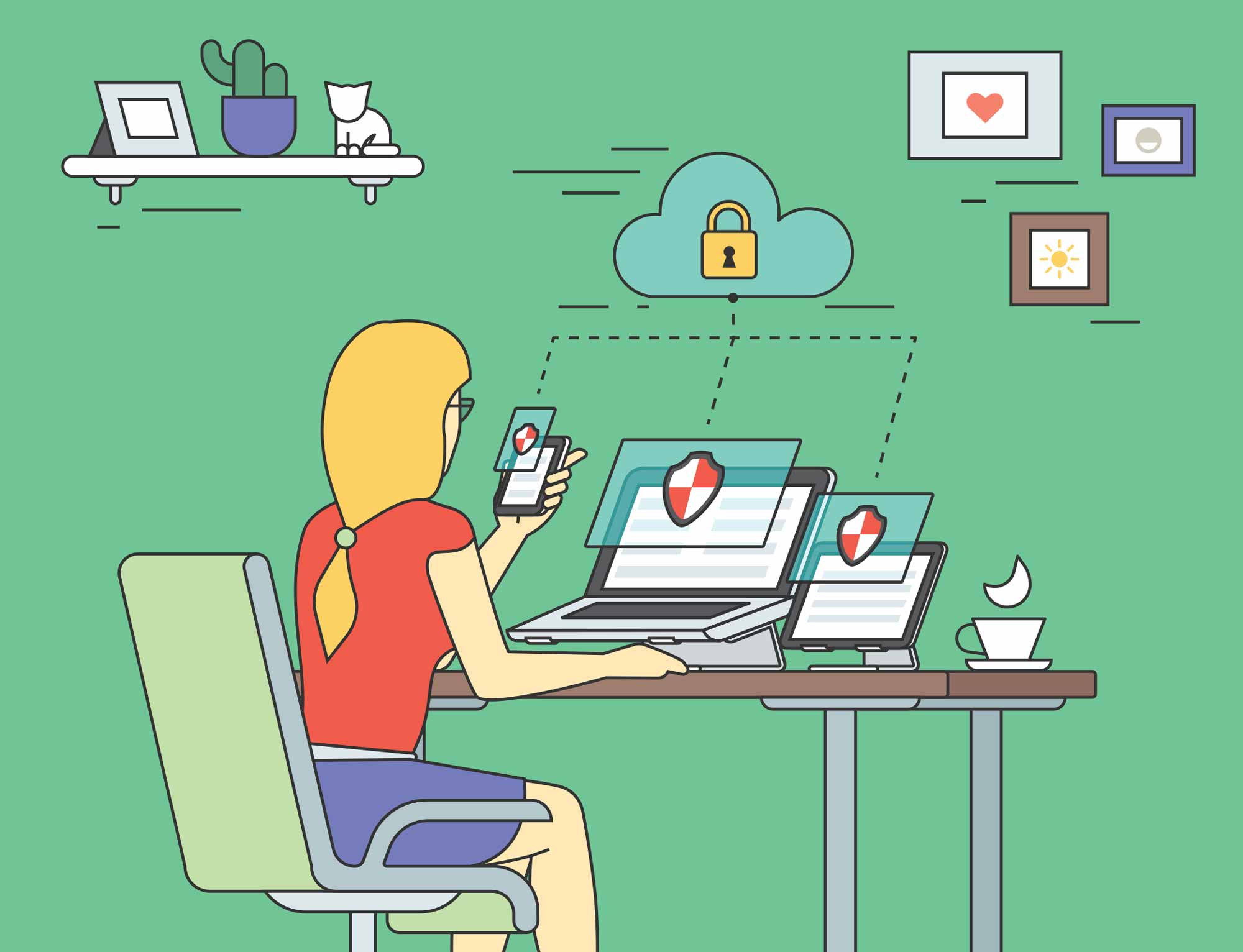 Why You Need to Secure Your Website with an SSL Certificate 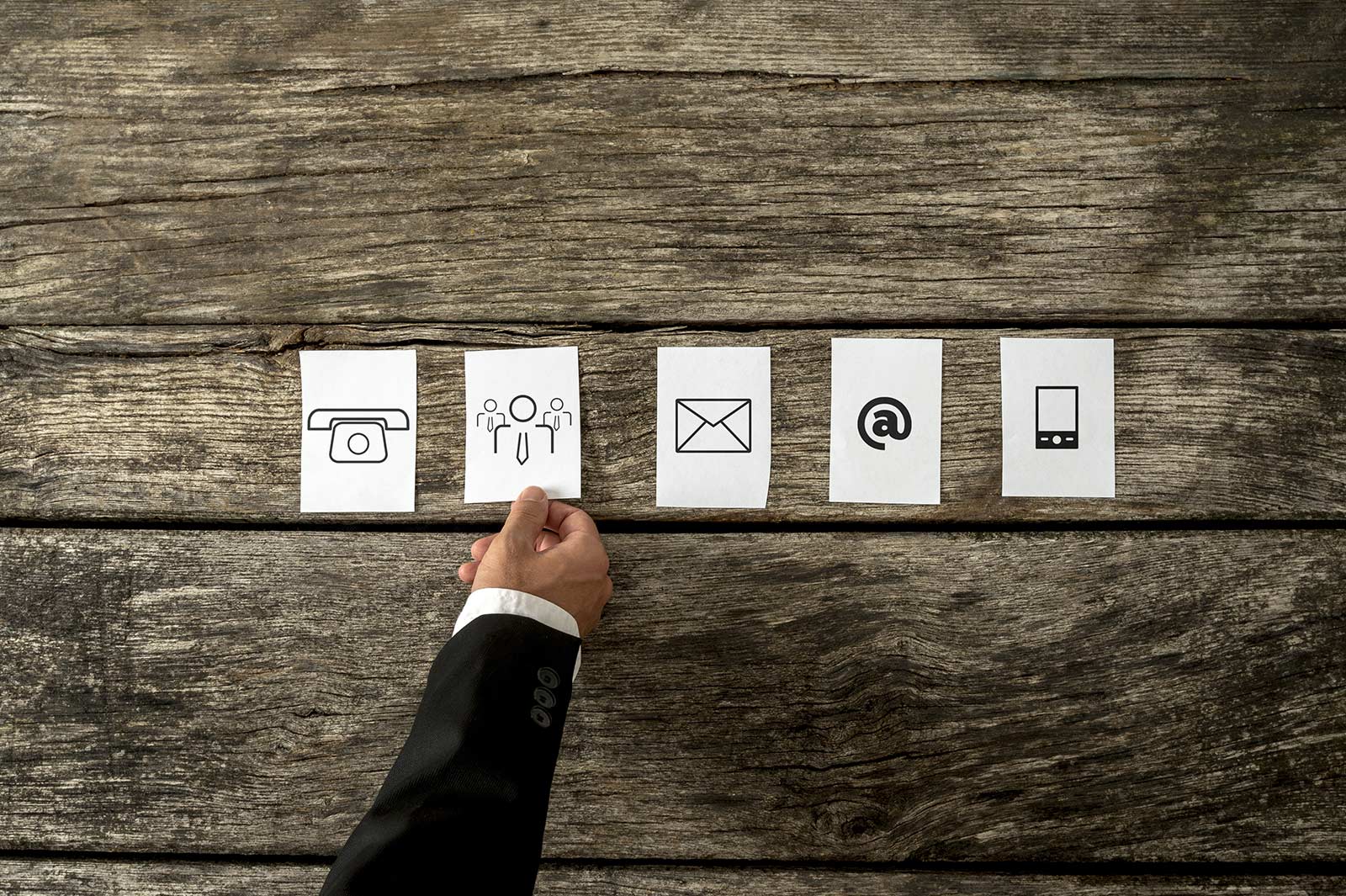 How Managed Services Are Going to Help Your Business 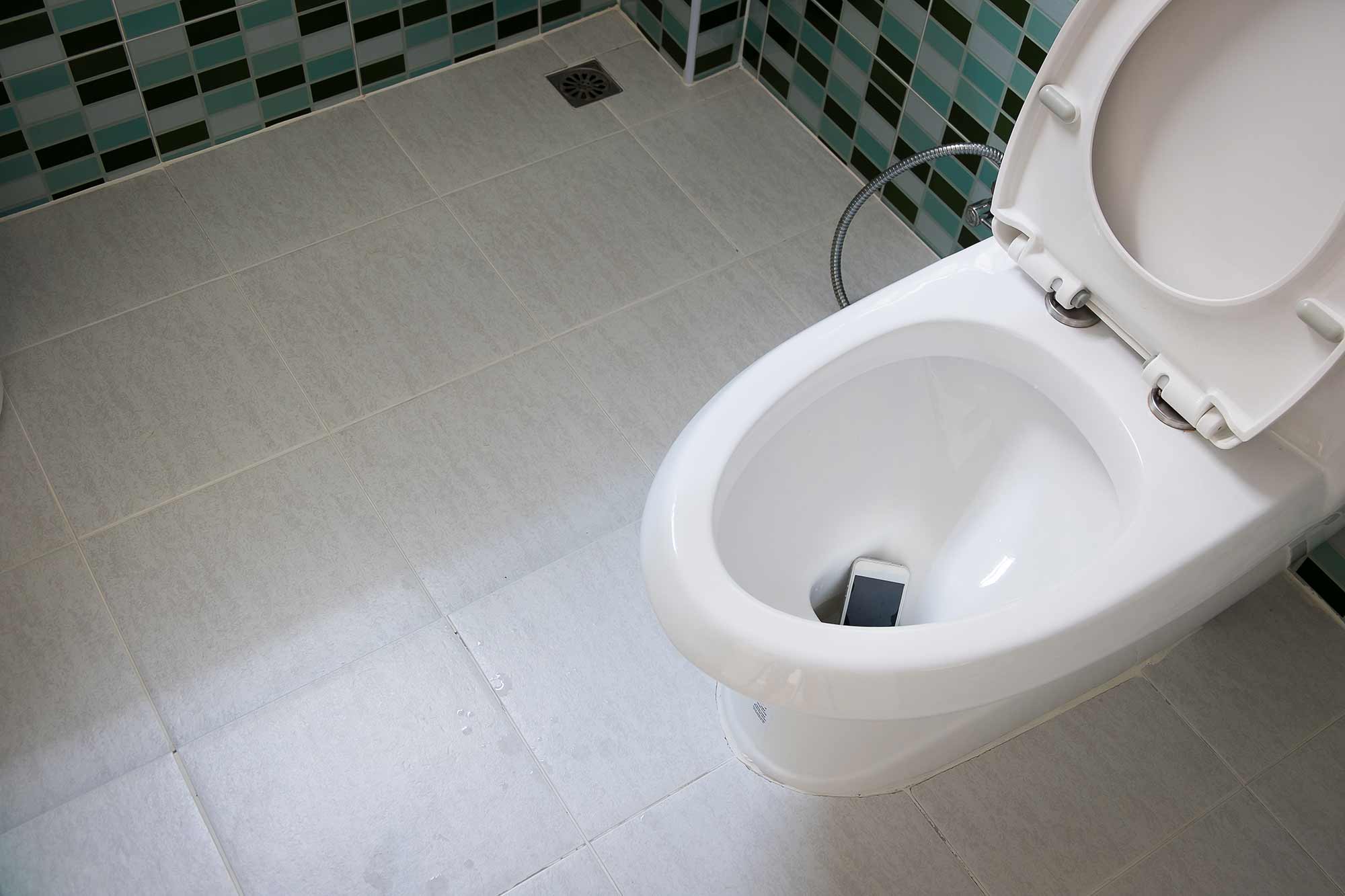 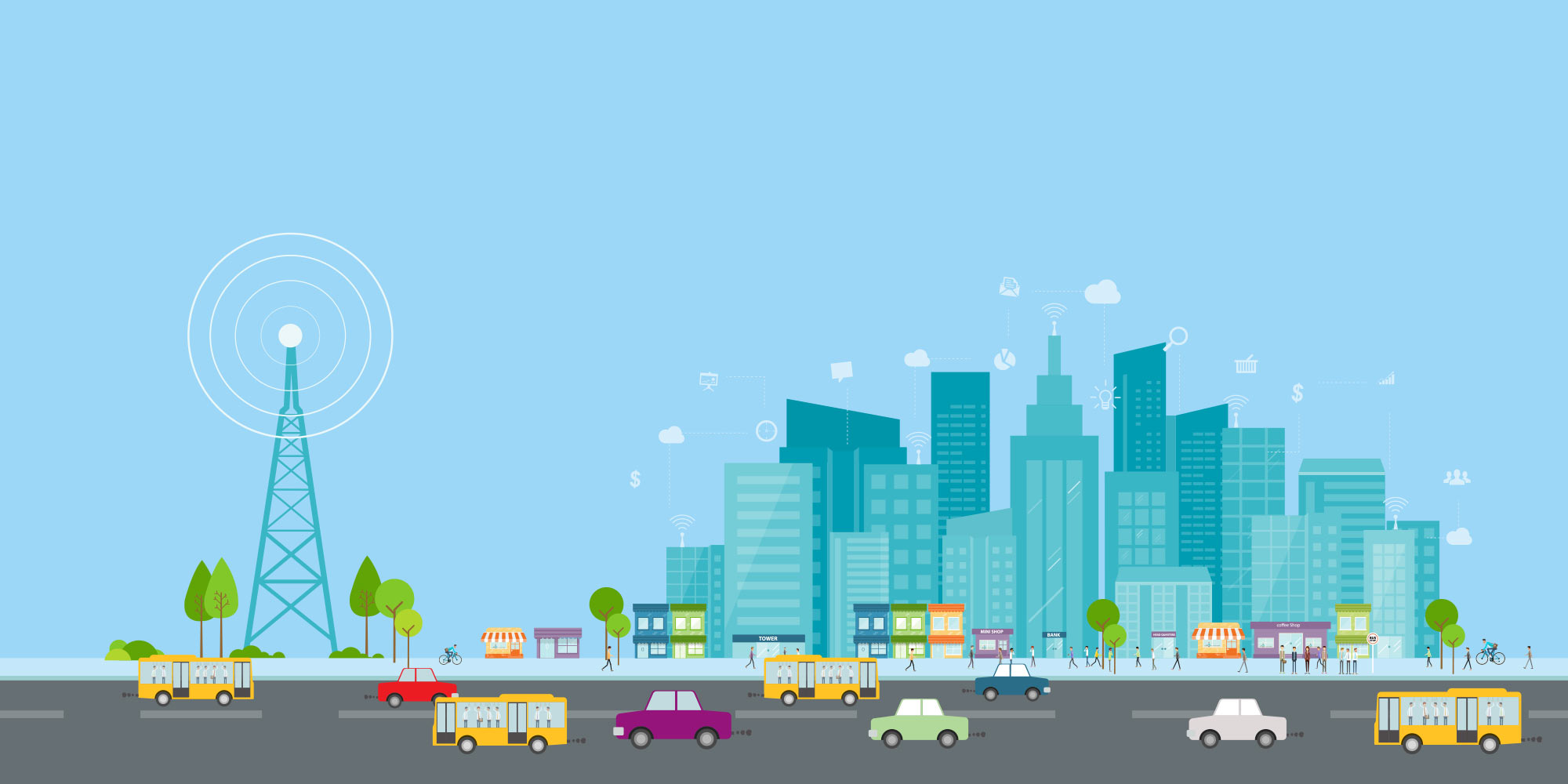 Line of Sight Internet: What is it, and What are the Benefits?